What's on your mind?

We've got a bunch of updates for you all!

First and foremost! We are being renewed for a 9th season! Come back and hang out with us on January 31st, 2021 on our twitch channel with DM 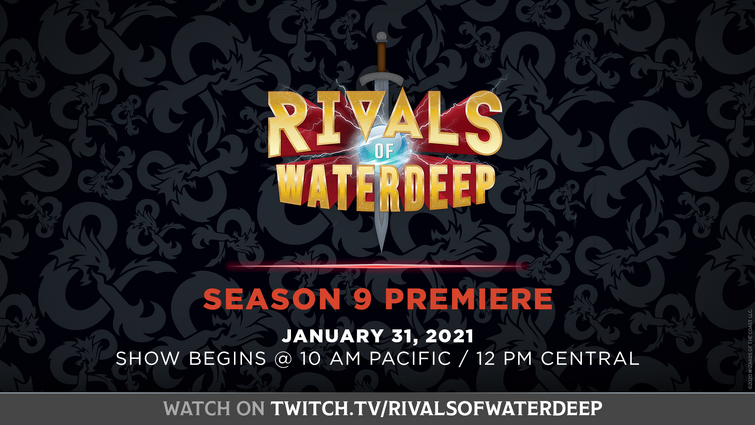 Our other announcement is that @iamBrandonTV is ending his time with the Rivals after 8 seasons. Please say thanks and congratulate him for being one of our OG cast mates. 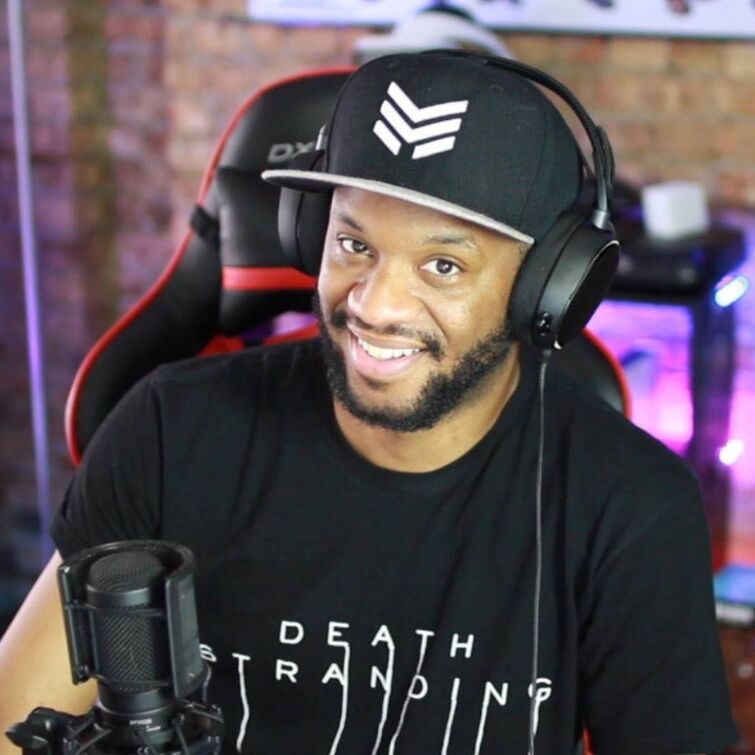 One more announcement before we take a break till next season. We're getting not one, but two new Rivals! Please welcome @DMJazzyHands @urbanbohemian to the table! 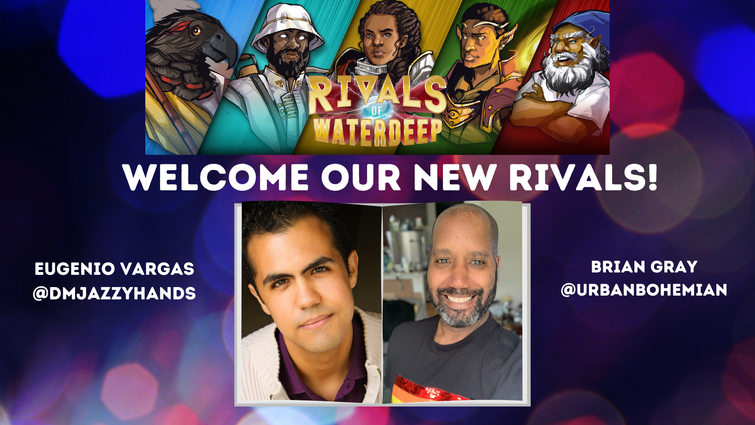 We are incredibly pleased to announce that

Masood Haque, @MahRudeBoi on social channels, is joining us at the table! We had a great time rolling with him during our hellish one shot. Please welcome Masood to RoW! 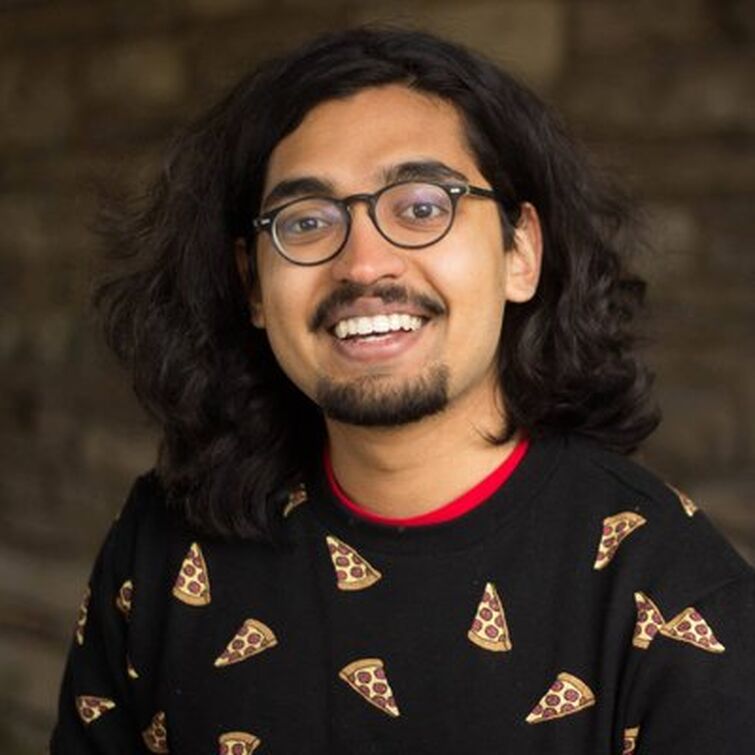 Check out Masood joining us for our Hellish one shot with Tanya at the helm, and again for our musical mishaps with LaTia in the drivers seat. 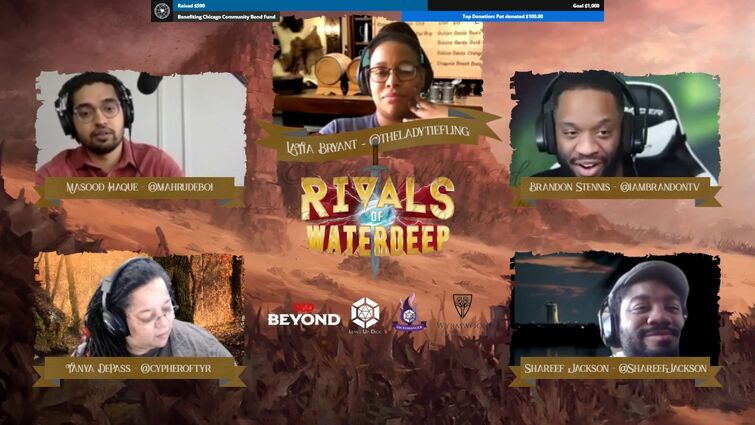 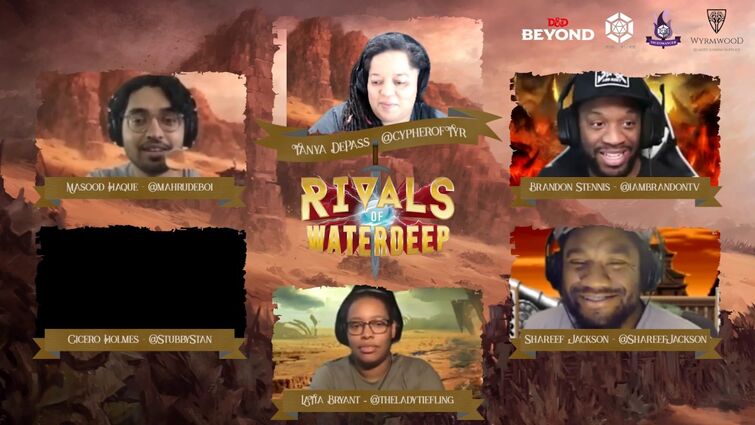 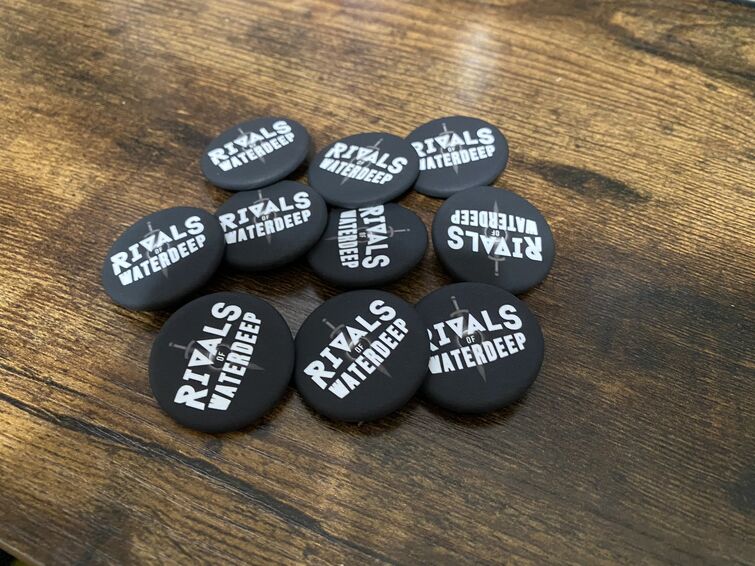 Ahhh! Too excited to sleep because today is the day for our live show from #C2E2!! Come see our DM @ShareefJackson Cast: @cypheroftyr @StubbyStan @SurenaXMarie & welcome @theladytiefling as our newest Rival. Be there, 12pm RoomS404 for a great show!!

Hey #RivalsNation! We’ve got some goodies to give away during our #C2E2 live show TODAY! Many thanks to our #Sponsors!

In case you missed it, Episode 54 is where we said goodbye to Surena and Carlos as Rivals. Surena landed a gig with Critical Role as their Marketing and Community Manager! We'll miss her and Carlos terribly, but she will be back with us at C2E2 during our live show! Sadly Carlos will be back in LA and won't be with us at the table. This isn't goodbye, but see you later. After all, once a Rival, always a Rival! 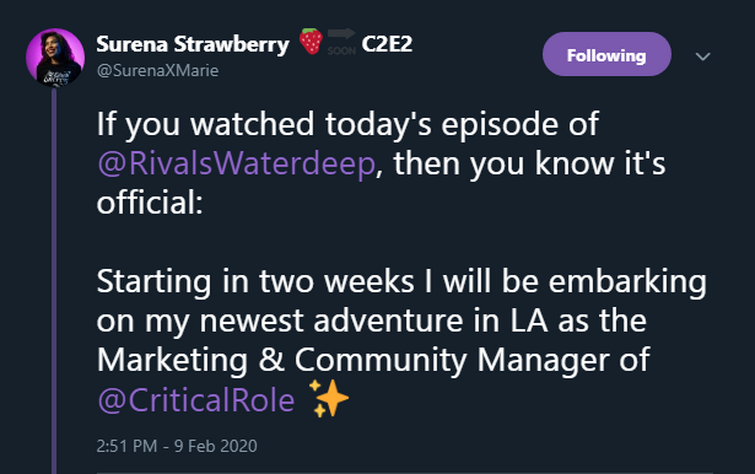 Keep up with Surena's adventures in CR Land via twitter (be nice! She's still our smol kobold ghostie!) at @SurenaXMarie Don't forget about Carlos who's still on Jace Beleren must Die on twitch.tv/DND on Wednesdays 9am Pacific/11am Central follow his shenanigans, as well as the work he's doing for Roll20 over at @CarlosCrits

Thank you both for 54 amazing episodes, lots of LA adventures and all that you brought to the table. We'll see you soon friends. 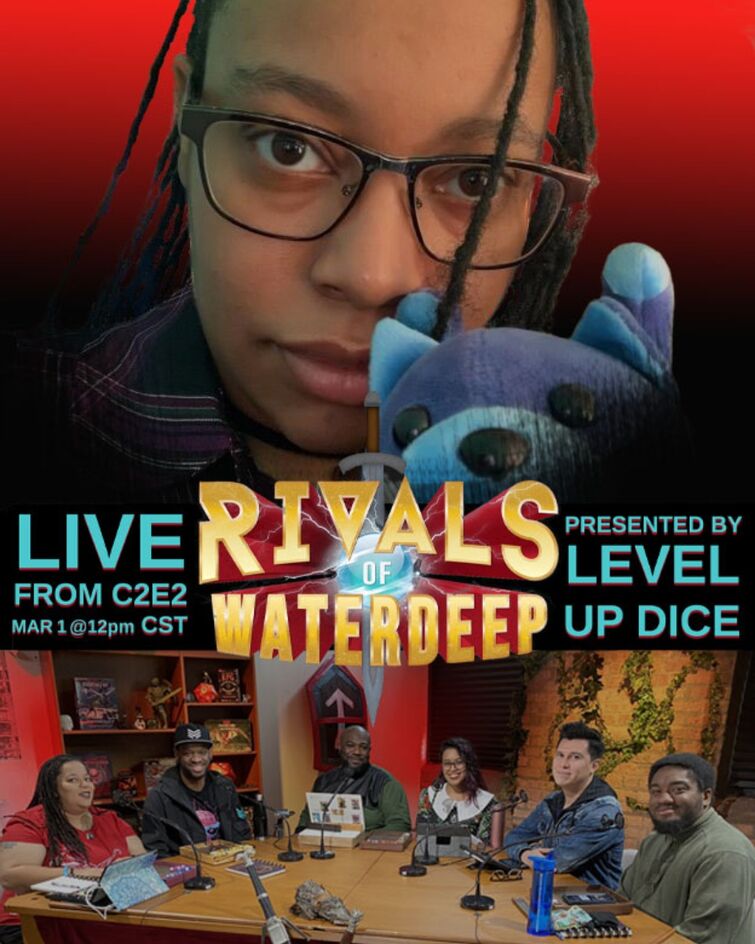 In case you missed the news, we're doing a live show at #C2E2 on March 1st!

This wouldn't be possible without our #Sponsor Level Up Dice! Come hang out with us, there may even be a chance to win some LUD Loot!

We'll be in Room S404, from 12pm - 2pm! The Rivals will be around the convention as well, so be sure to say hi and to come watch our shenanigans in person!

In case you missed the Season 5 finale on December 22nd; we announced that we'll be returning for another season! Our sixth season will start on January 19th, 2020 at the usual time and place. 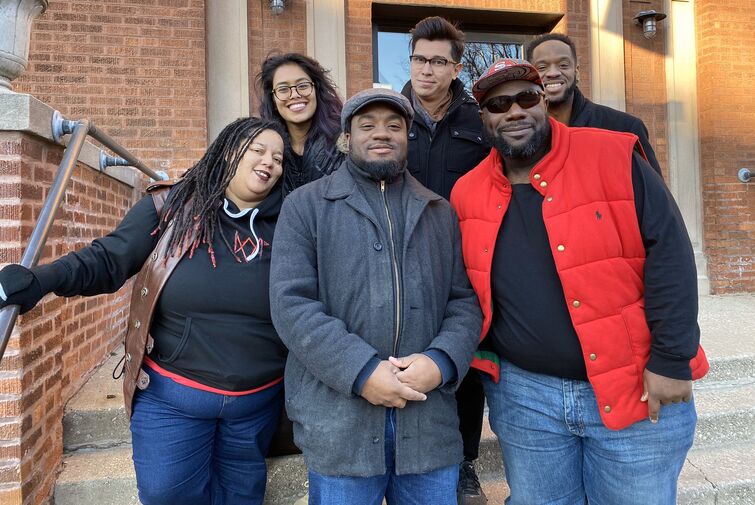 Also check out this DM post mortem from our own Cicero Holmes: 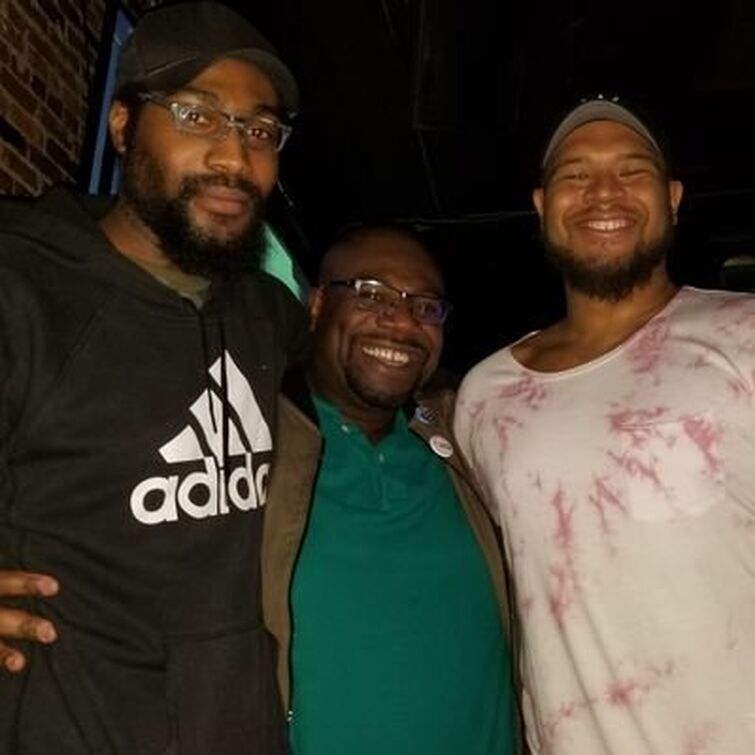 Thanks for coming by our shiny new wiki page, thanks to @AncientRedDragon for creating it!

Just a reminder that there is no live episode on October 13th, 2019 due to a lot of the cast traveling to Big Bad Con in California. You can catch Surena, Carlos and Tanya on the following panel: "How to Stop Working When You Love What you Do" with @CarlosCrits @SurenaXMarie @Cypheroftyrselise , @BoldBebo @DarcyLRoss & @OneShotRPG 2:00 pm PST

We don't know if the panel will be recorded or streamed. We resume with a full cast on October 20th, same time and same location, twitch.tv/dnd

If you missed the Abyssal chickeny goodness that was Surena in costume, you can watch Episode 3 of Season 5 right here: https://youtu.be/5uE1gUO2Mkk 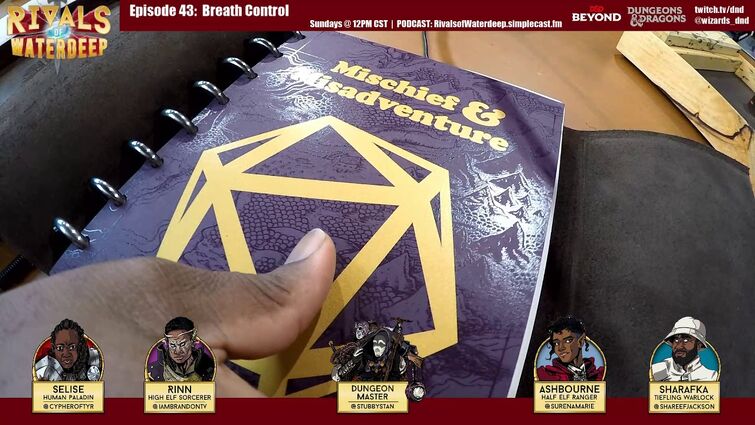